Download Best PSP Games PPSSPP List For Android 2021. Many people are looking for the best PSP games list PPSSPP for android. There are many PSP Games to play but making a good choice, might be difficult and time-consuming. So we have listed the collection of best PSP games that you can play on android.

These games work on all PSP emulators, so you can also download it without any worry. And, enjoy these on your Windows PC or Android phones. Before giving you best psp games for free download let me give you some brief description about ppsspp software and some playing instructions. 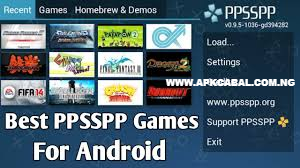 The PPSSPP is an emulator for playing PSP games. PPSSPP enable the PlayStation games to be played on portable platforms like the Android devices and other smartphones like the IOS, Symbian, and Windows devices among others. The PPSSPP emulator was developed by Henrik Rydgard, who is also known as hrydgard (one of the co-founders of the Dolphin emulator). As a video games console simulator, PPSSPP was designed to provide access to games like the Sony’s PlayStation, to portable platforms like Android. Read more on PPSSPP Emulator apk.

How To Play PSP Games On Your Android Device

Playing PSP games on your Android phone in possible with a app called PPSSPP. Just as i briefly talked about the PPSSPP emulator above. 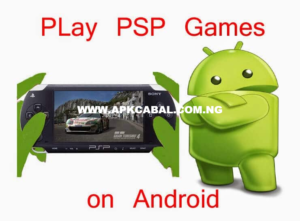 Read detailed procedure below: How to play psp games in android smartphone.

Ben 10 Protector of Earth is an action-adventure 3-D game. It’s the first game which was released in the Ben 10 series and is also one of the most successful games. Talking about the plot of this game, Ben is initially seen sleeping in his Grandpa max’s RV Van, when a drone-type mosquito comes which sucks most of the DNA from Ben’s Omnitrix Watch which leads to only two Aliens being left in the Ben’s Omnitrix- “Heat Blast” and “Four-Arms”.

In Act 1, you need to play the game in only two forms. In order to get all the 10 Aliens in your Omnitrix, you have to defeat all the bosses in Act 1. Graphics of this game is really good, and this game is highly recommended.

Pro Evolution Soccer 2020 ISO PPSSPP for Android. PES 2020 PPSSPP iso is a soccer game for Android developed by Konami and distributed for free. PES 2020 iso for PPSSPP is the current football game for the 2020 season. The soccer game also packs a lot of notable improvements from the previous year.

Tekken 5 is the one of the most popular fighting games. TEKKEN 5 has the return of many characters that we have already seen in previous parts as well as the new once which creates largest line-up to battle each other. Each and every player has its own moves, attacks combinations and techniques. It also allows to customize the character which really enhances this incredible fighting game. Player can battle one-to-one or can battle online for matchup with players all over the world.

The PES 2019 ISO PPSSPP File is loaded with the best football kits/jerseys. This is because the game has been modified and advanced. The PES 2019 ISO requires ppsspp emulator to work. PES 2019 Iso is an offline game but you need initial data to download the game files including its apk file, and save data file which are all provided in this blog twonaira.com for free.

Lord of Arcana is not one of the most known games. However, a peep into the storyline and make-up of this game revealed that it could pass as one of the best PSP games for Android. Lord of Arcana is a battle-style game, where you (as a warrior) have to face varieties of powerful enemies (which include monstrous dragons). The game is available in 3D.

God of War Ghost of Sparta is set in the ancient world of Greek mythology. The game is a third person action-adventure game, where you’ll be seeing an epic war story and attractive graphics. You will be getting powerful abilities and multi-weapons in this game, one of which is “Athena’s blades,” which Kratos use to fight from the beginning till the end. Further in the game, in addition to “Athena’s blades,” Kratos also finds “chain blades” using which Kratos beats his enemy.

The Game’s story is really interesting, which depicts how the past of Kratos is killing Kratos from the inside. He finds his mother “Callisto” in Atlantis who tells him that his brother Deimos is still alive. So, Kratos goes into a journey of saving his brother. When Kratos finds his brother Deimos, then both the brothers together beat the main villain Thanatos. This game is really epic. Play this game for sure!

This is another excellent PSP action game, with unique gunplay. The main character in this game is Jack Slate, whom you need to control to execute his missions. In Dead to Right – Reckoning, you will come across some enemies, who you have to kill and at the same time rescue a lost witness.

WWE Smackdown VS Raw 2011 is a professional wrestling game, which is very popular and is in high demand. Since this game has high graphics, it was also released on PlayStation3. In this game, you will be able to see all the professional wrestlers; and you will be experiencing all of their moves, combats, and many more things. The graphics of this game is very realistic- including the table, ladders, and chairs which are realistically designed.

You will be seeing a Universe mode in this game, which is for the story; if you want to play in the story mode. Apart from this, you will see many more features. I am a big WWE fan, and if you are also a fan like me, download this game and play!

Tomb Raider Anniversary is an action-adventure game, which is a remake of Tomb Raider 1 (came in the year 1997). This game is a “third-person perspective” game. There are 14 levels in this game, in which you will see 4 incredible locations. The most difficult part of the game is its puzzles, which has driven many people crazy. You will also find traps while playing this game, from which you have to defend yourself.

You will be seeing wolves in this game, which takes the thrill experience of this game to the next level! Apart from “twin-gun,” you will be getting various types of weapons like “shotgun 50, caliber handguns, submachine guns, etc. The storyline of this game is also strong. So, download and play this game!

Dragon ball Z Tenkaichi tag team is a game which was released for Playstation Portable (PSP). This game is a part of Dragon Ball Z series which is a Japanese anime series with full of action. Here is the highly compressed version of this game. This Game look like a Ps2 game with an amazing graphic. This game allow you to play story arcade or fight for practice. In the Story mode you can play Story of Goku and His Adventure and this the best part of the game which I like.

The game’s story is based on Inferno, the first canticle of Dante Alighieri’s Divine Comedy, and shares many similarities with the poem. Dante’s Inferno includes damned found in appropriate circles of hell and various other monsters from the poem.

It follows the exploits of Dante (reimagined as a Templar Knight) as he journeys through the nine circles of Hell to reclaim the soul of his beloved Beatrice from the hands of Lucifer himself, which makes this game even more epic! The game has very good graphics and amazing storyline. I would recommend everyone to try this game out for sure.

Tekken 6 is the one of the most popular fighting games. TEKKEN 6 has the return of many characters that we have already seen in previous parts as well as the new once which creates largest line-up to battle each other. Each and every player has its own moves, attacks combinations and techniques. It also allows to customize the character which really enhances this incredible fighting game. Player can battle one-to-one or can battle online for matchup with players all over the world.

PES 2016 ISO is one of the best football game available on PSP/PPSSPP & Yes, you can play it in your Android & iOS via PPSSPP! This is to inform you that PES 2016 ISO psp version is now available for you to play on your Android phone. It is modified version of PES 2014 to “PES 2016 ISO’. You will need a PSP emulator like the PPSSPP to play this PES 16 ISO.

WWE is the short form of World Wrestling Entertainment. It is developed by an American media and entertainment company called 2K, Inc. for professional Wrestling. In fact, WWE 2k20 apk mod PSP is developed from WWE Champions apk. You can now download and install the latest WWE 2K20 Apk game PPSSPP for Android devices.

Call Of Duty: Roads To Victory is an action game with a war storyline attached, and in this game, you’ve to fight intense battles and fend off enemies with your comrades, and also with dangerous war ammunitions that would be made available to you. The graphics and audio sound quality of this game would make you feel as if you’re in an actual war in virtual reality.

Assassin’s Creed: Bloodline can be played on both high-end and low-end Android devices despite its cool graphics display. This game has got a lot of fans and I can surely say you’ll enjoy playing it on your Android phone. You can download it now. 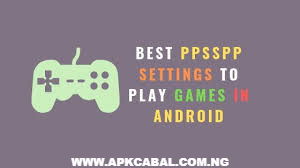 For an in-depth tutorial, you can follow our guide on Best PPSSPP Setttings On Android.

In conclusion, this was the collection of the best PSP games that you can either enjoy on your PSP emulator or console. These games are amazing and they’ve all got good graphics display and quality audio sound. You’ll surely enjoy playing these games on your Android phone. Feel very free to request for any of your favorite PSP game thats not in the list by using the comment box below.
Remember to report broken link in case you find any. 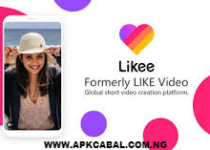 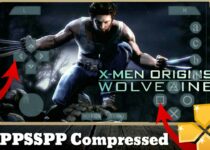 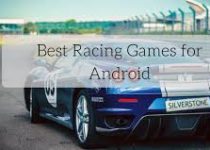